Over the past few weeks, a group of engineers from SRON, Airbus Netherlands and NASA has been working on installing the Dutch aerosol instrument SPEXone on NASA’s PACE satellite. PACE will conduct measurements on oceans and aerosols to study for example the influence of particulates on the climate. It is scheduled for launch in 2024. On June 23rd the last screw is tightened, which officially completes the integration. 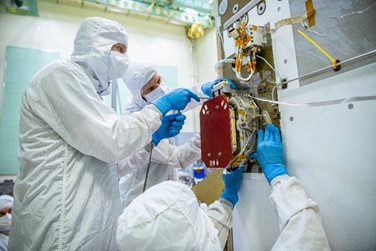